Julie Holt is a Nurse Executive, 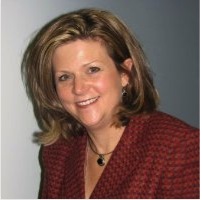 I started our discussion by asking Julie, when she joined CCMCH where she seemingly took a step-down from a CNO title to her current position title of AVP. Julie laughed and said,

“Actually that observation is true on paper but it does not fully tell the story. All my career moves had reasons, though it would be different in each case. Here I had two reasons, why I took the job.

First, I see myself later in life, doing more teaching and research, and so I decided to do a Ph.D. in Nursing. That requires that I had to find the time to do it. Also, as you know CCHMC being third in the country for pediatric hospitals, there was an opportunity where I can lead innovation with a much bigger team reporting to me and with more resources than I had before and be able to make the difference, even though I allocate less work-hours than I did in the past. This idea of being in an environment that encourages research and innovation was very appealing. In that sense, it was a no-brainer. I see it as more opportunities for success while investing in my future career.”

Looking at her career path, you can see that Julie is on the fast track of senior leadership. She earned positions of senior to executive positions that are notoriously difficult to get hired into it. Julie had no such difficulty! Why?

Julie attributed this to her “being fortunate to have had mentors and sponsors in my career.” However, when pushed, it was clear to me that this was not just “good fortune” but the result of Julie’s hard work and diligent cultivation of her career network.

I asked Julie to explore, how she got these opportunities. She cited her current employment as an example. Her initial contact at CCHMC was not explicitly job hunting and she was not looking for a specific job. She knew that she wanted to be part of this progressive and dynamic organization, an organization that was a leader in her field. She was confident that her skill set would be an asset there. This confidence was shared by Julie’s sponsor, who was an insider at CCHMC who actively sought the right opportunity for Julie after Julie contacted her and made her interest known.

This individual knew what Julie had done and was capable of doing and was willing to stake her own reputation on Julie’ being the right person for the organization; it was simply a matter of finding the right position for Julie. Note that Julie made the initial contact expressing interest in the organization and that Julie had maintained the relationship over many years so it was not awkward making that connection; this is not good luck, this is working hard!

Early in her career, Julie benefitted from the mentorship of a male manager who helped her understand, interpret and appropriately respond to “male alpha-dog behavior.” Nothing was too inconsequential for him to identify. He pointed out posture, where men sat in a room, how and when they spoke and what they expected. Armed with this knowledge Julie could make her own choices about how to behave. That is not to say that she necessarily behaved “like a man” but being aware of male expectations made navigating less fraught with hidden shoals. Julie believes that today’s young women who have come of age playing team sports are less in need of such explicit coaching. I am more skeptical.

Julie isn’t just the recipient of mentorship and sponsorship. She actively pays it forward. Julie has 10-12 colleagues who she actively mentored and continues to stay in close touch with. Recently she sponsored one of these colleagues; actively encouraging an organization to consider this woman despite her “not having the experience to get considered on her own.” What did Julie see in her colleague? Why was Julie encouraging her hiring?

It boils down to her colleague demonstrating willingness to learn, confidence, courage and creativity. She said, “she is an individual where even if she fails, I will be proud of her because she gave her all.”

We moved on to the closely related topic of when she is looking to hire, what’s on top of her list? Julie wants to hire (and is willing to sponsor) individuals who understand themselves and those around them. This understanding includes an awareness of energy and one’s own impact on those around them. She said, that she gravitates towards leaders who favor a more participatory style of management (do many women have an advantage here?). She added,

“You must be willing (and able) to create and implement solutions to critical problems. As new information emerges you must be flexible enough to adjust your actions without losing sight of the desired destination. And if you fail you must have the humility to acknowledge your own role in that failure; learn from that failure and move forward.”

Julie’s entire career has been in healthcare. She began as a registered nurse but quickly moved to management and then leadership roles. We discussed some interesting male/female dynamics in healthcare that may not be relevant in other industries. Nursing is a female-dominated profession and yet hospital administration tends to be more male-dominated. I asked her whether she felt that gender dynamics was more at play in healthcare. She said,

“Early in my career, I have been lucky to have had female leadership teams. Aurora Lambert, (now retired) was CEO of Jewish Hospital of Cincinnati and the executive leadership were women. She began her career as a nurse. Her success in leading the organization in the way she led is all about who she was, it was not just because she was a female.”

To my surprise, Julie felt that more important than the gender dichotomy in healthcare is that of leadership that does/does not interact with patients and are/are not in the hubbub of it all (in other industries, it is would be similar to those who never met or seldom interacts with the customer and those who do.)

She adds, “We have come a long way.” She sees more, irrespective of gender, people adjusting their communication style depending on the situation. She adds,

“You have to ask these questions to your team. What do you want to achieve? Who will be effected and how will they be effected? And what resources do we need in order to make-it-happen?”

She thinks that, to answer these questions and the situation at hand, sometimes typical male-associated leadership traits of wanting an efficient decision-making process are needed; sometimes typical female-associated leadership traits of being collaborative and understanding those effected (emotional being) are needed. She said, “I see both women and men stepping up and becoming efficient or becoming collaborative or both, based on what the situation demands.”

In other words, ability to know when to use which influencing style based on the situation leads to the success or failure.

Julie reiterated that she has had some outstanding leaders of both genders and from both sides of the clinical/non-clinical house!