“Why is there no one in leadership that looks like me?”

That’s the question that Charissa Franklin, VP of Client Success at Reality Works 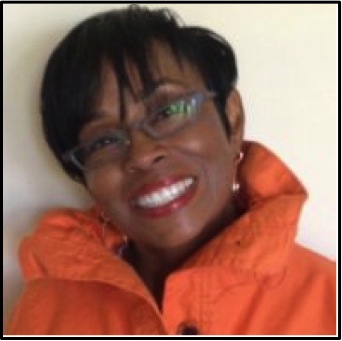 Group frequently asks herself. While that may be top of mind for Charissa, it is rarely what her clients are contemplating; they want to know how to get their sales and operations up to speed and they know that the energetic, goal-driven woman in their boardroom has the skills and knowledge to make that happen.

“we’ve been hired because they NEED our skillsets, we are not just females, we are highly skilled professionals”

who can help them solve critical problems.

Yet Charissa hopes that after she has helped them solve their problems that perhaps, just perhaps, the next time that they are hiring they will remember the value that this bright, creative African-American woman brought to the table. And perhaps, just perhaps they will consider the value that a more diverse management team brings to the table. Charissa has found that after she has helped leaders solve their operational and sales problems they are open to having frank conversations about their homogeneous workplaces and how, perhaps, this homogeneity contributed to their problems.

Charissa is optimistic that we are “at an interesting point where some progress (towards more diverse leadership) can be made.”

The conversations are happening in large companies throughout Silicon Valley. The issue is no longer being ignored, no longer the elephant in the room. Charissa (and I) hopes that there will be forward momentum beyond talking into action.

How did Charissa become this confident, creative, sought after consultant?

No child grows up saying “I am going to be a consultant” and Charissa was no exception. However Charissa did grow up with several attributes that have contributed to her leadership and management success. She has always possessed an insatiable appetite for learning (a useful attribute for a consultant who is constantly in a new environment). From a young age she has had an unquenched desire to explore the world (she has travelled throughout the world and recently has fulfilled a lifelong desire to own a home in Europe). And she has parents who repeatedly assured her that “you can be what you choose to be if you do the work.”

This sense of being goal-driven, to learn and to explore combined with a willingness (eagerness?) to do the work characterizes Charissa’s entire life and career. After earning her Master’s Degree in International Business from the preeminent school in the field, Thunderbird, Charissa joined a boutique consulting firm in Los Angeles. Charissa loved consulting, the problem solving, the constant new challenges.ÂÂ But business slowed and Charissa did not love LA. Charissa found herself contemplating “what next.”

Yearning for the Bay Area, which she has called home for most of her life, Charissa set her sights on a technology firm’s international business division. She began a campaign to work at Oracle (located less than a mile from her childhood home), and only the international division was acceptable. Her campaign was successful and Charissa began to work in international operations, in what felt like a startup within the organization. At Oracle Charissa learned that she was “pretty good at operations” but preferred to consider the whole picture. While there she met Anneke Seley (who founded Oracle's Inside Sales Division), the founder and CEO of Reality Works.

From Oracle Charissa moved to NeXT, the company founded by Steve Jobs and other former Apple employees. Charissa learned a lot at NeXT, but her biggest learning was that “the best technology doesn’t always win.”

Considering both her own experience at NeXT and observing the Silicon Valley technology startups and failures Charissa saw over and over how implementation, the execution and how you choose and work with your people determined “the wins.” The importance of the team, something that Charissa had always been aware of, became increasingly important in her ultimate role as Director of World-Wide Operations.

After NeXT was acquired by Apple (or vice versa to hear Charissa tell the story) she moved on to Director of inside sales at Verity.

Wanting to eventually work with and/or for her former boss at Oracle and her informal mentor, Anneke Seley, Charissa deliberately set out to “round out her skill set.” She wanted to ensure that she excelled at both leading and selling at both operations and strategy. During her three years at Verity Charissa’s leadership skills and philosophy solidified.

Convinced that “the key to winning is execution and knowing that winning is a team endeavor”, Charissa focused on cultivating and leading teams. Considering her own leadership style, Charissa described herself as “inclusive but decisive.” She wants to hear her team’s perspective, but she is not afraid to make (and own) the final decision. Ensuring that her team knows what they should be doing and understanding why they are doing it forms the foundation of her leadership philosophy.

Essentially a thoughtful risk-taker at heart (she asks herself and her staff, “what is the worst that can happen?”) Charissa does not fall prey to paralysis-by-analysis. She laughed that some might call her bossy but when you are the boss that is OK!

Making herself “unnecessary” is one of her key metrics for success. If she can create the right processes and team, thereby eliminating the need for her leadership (and freeing her up for the next adventure) then she is being successful.

There is no question that Charissa is successful. From a professional standpoint she is in business with a partner that she respects and their organization is sought after to consult with a myriad of Fortune 500 organizations and high technology startups.

From a personal perspective she has fulfilled many of her dreams including traveling the globe and owning a home in Southern France. Yet don’t expect Charissa to simply sit back and rest on her laurels. She is happiest when she is learning and leading and she has no plans on abandoning those activities any time soon!