What do you think of when you think of a leader? This blog series is entitled “Women in Leadership and Management” yet we have never really explored what is (or is not) included. So many people define leadership differently; there is absolutely no consensus!

Amazon lists nearly 122,000 books when you search on “leadership.” A Google search for the term yields approximately 468,000,000 “hits.” Google Scholar yields about 2,750,000 options. There are a myriad of courses and degrees focused on leadership. Clearly people like talking about/reading about/writing about/learning about leadership. 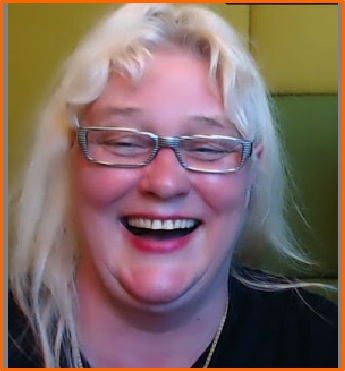 might not fit your visual image of a leader. Jaana doesn’t wear a “power suit” or have hundreds of people reporting to her or control a multi-million dollar (euro) budget. However based on any of the following leadership quotations (which are some of my favorites), Jaana Nyström is unquestionably a leader!

“A leader is someone who has followers.” - Peter Drucker

“If your actions inspire others to dream more, to learn more, do more and become more you are a leader.” - John Quincy Adams

“Leadership and learning are indispensable to each other.” - John F. Kennedy

“A leader is a person who guides or directs a group.” - Dictionary.com

Jaana began her leadership journey as one who literally “guides or directs a group.” She began her career as a tour guide! That is not to say that all tour guides are leaders; however Jaana demonstrated an insatiable appetite for learning and leading from the outset.

If one speaks English (or Japanese or German) and one travels to foreign lands one is likely to find a tour guide who can educate you in your own language. However, if one speaks Finnish it is another story entirely. Therefore Finnish travel organizations frequently provide Finnish-speaking guides for their tour groups. Jaana was hired by one such travel organization and she had three weeks to prepare to lead her first group to Venice. Imagine being a brand new guide, having to talk almost non-stop during a four to five hour motor coach trip to a place you had only been to once before. Now imagine that your customers are a group of twenty-four history teachers! What do you do?

Well, if you are Jaana Nyström you study and prepare night and day for the three weeks leading up to the tour. Then you leverage your strengths (in this case a strong knowledge of Roman mythology honed as a student). Finally, you take a deep breath, don’t let them see you sweat and you just do it! This intrepid approach worked so well that after that Jaana was no longer afraid to tackle countries or topics that she was unfamiliar with. She was confident that she could master almost anything.

For eight years Jaana travelled the world; learning and then leading. Every six months (or sooner) she would be reassigned to another country. Eventually she was familiar with over six hundred locations in more than fifty countries! Wherever she went she shared her passions (including botany, mythology, underwater photography) with Finnish tourists who learned more, dreamed more and did more than they ever anticipated. Jaana was a leader; admittedly of an ever changing cadre of followers.

Jaana eventually tired of this totally nomadic life and returned to Finland to work in the travel industry. When Jaana first returned the travel industry was just becoming computerized and Jaana dove into learning the various systems the same way that she learned history, art and local legends. Later as the www became a phenomenon she learned all about web development and on-line marketing. With Jaana’s extensive knowledge the agency grew in size and reputation. Jaana worked long hours, often without taking a break, developing the website, training the staff, creating custom tours, investigating hotels and actually selling tours.

Nearing a milestone birthday and faced with “the glass roof” Jaana took a breath and realized that she wanted more. Exactly what “more” consisted of was not immediately evident. However, in her usual fashion she started seriously researching her options. This deep dive included participation in a business incubator.

Jaana attributes this entrepreneurial attitude in large part to her mother. Her mother opened and ran a shop following losing her home (and becoming a refugee) during World War II. Jaana grew up going to the shop every day after school and doing her homework, helping tidy the shelves and making sales. Jaana continues this integration of home and work to this day; working from home, often in her “jammies.”

While Jaana was at the incubator, learning and exploring business models, Google+ was launched. Jaana knew the exact day, June 28th 2011. Previously skeptical about social media Jaana was instantly enchanted by Google+ and threw herself into learning all about it.

Abandoning her original plan to provide coaching and advice to the travel industry Jaana invested her energy in becoming an expert at Google+. And because making a living is essential, she became an expert at branding herself as a Google+ expert! While Jaana remains an active contributor to the Google+ community, giving generously of her time and expertise, she also sells that expertise.

Her clients come in two flavors; those who have money but limited time and those who have limited money and lots of time. For clients with money but no time Jaana serves as their community manager; ensuring that their social media presence is consistent with their business and up to date. Clients with more time than money hire Jaana to coach them, to help them become experts (or expert enough to manage their own affairs). She must be doing something right because Jaana turns down clients that she doesn’t find “interesting.”

I asked Jaana how gender played a role in her acceptance. She was emphatic that “Scandinavian countries are a paradise for women, nobody discriminates. I could not have done this in e.g. Spain.” She cited Finland’s history as the second country to give women the right to vote and the fact that Finland has had a female prime minister and president. Despite these assurances she did ruefully admit that in the corporate boardrooms and among some “older” politicians there is still an “old boys club” mentality. But Jaana is adamant that in twenty years or so things will be “even better” for women.

Jaana’s parting advice for me or for anyone who reads this blog was “be bold, be yourself!” There is no question that Jaana is both bold and her own brilliant self.

And back to those leadership quotes? Peter Drucker suggests that leaders are people who have followers; check out how many followers Jaana Nyström has!

Follow us on Google+
Tweet
Tags:
#leadership Women in Leadership leadership Jaana gplussa #google+ googleplus social media Leader
"Start with a desire to tackle a challenge, then s...
"To lead as a HR professional, you must play a str...

Advantages of Google+ over other social media platforms: A Gobsmacked™ YouTube Video

That's my kind of leader

Glad you liked it Tan.

It is so awesome.

It is so awesome.
Cancel Update Comment
© Copyright 2022. PAKRA, LLC. All Rights Reserved.