How can we increase user adoption of CRMs and Social Apps by learning from Viking Stoves?

Question: "Do you expect your customer relationship management (CRM) tools and Social Apps to enable you to do your job better?"

This past September, we determined that CRM tools and Social Apps used to acquire and retain our customers were not enabling us to do our work better.

The word enabling means it should optimize value-added (VA) activities and minimize non-value-added (NVA) activities. Lean methodology defines a VA activity as a work activity where the following characteristics all hold true: 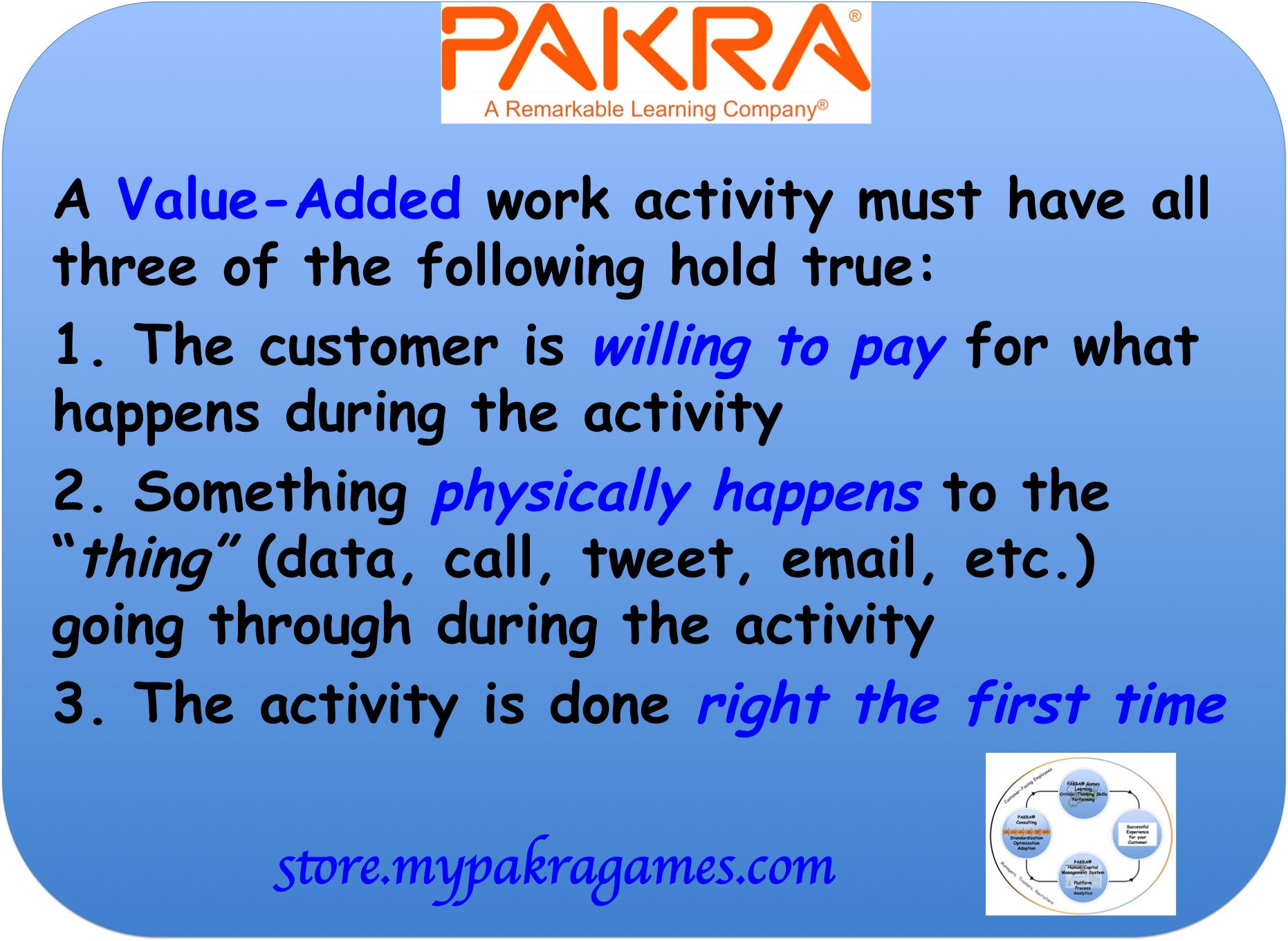 If any of the above is violated, then by definition the activity is a NVA. For example, cutting and pasting, clicking several times to get what you need, reviewing, and rework are all NVAs.

About a decade ago, I was helping a client resolve a user-adoption issue with software that was rolled out to field-sales teams. The company had spent about $3 million to build a Sales CRM App intended to help its sales reps and district sales managers (DSM) manage their sales process. Six months after the rollout, adoption had fallen from 55% to 2%.

The CIO and IT team said,

"We met the requirements but the sales folks simply are sloppy and not tech-savvy. The requirements were created two years ago when sales reps and DSMs attended a two-day meeting and were asked questions such as:  What are your needs? What would be nice to have?  Alas! We do not understand why they will not use it; 55% did check it out at the beginning."

The sales reps and VP of sales said,

"It is impossible to use. We are in cars half the day. It is too slow. Our current paper and pencil process and old system worked well."

To resolve this, I asked the IT leads to spend two days shadowing a sales rep and a DSM. Their mission was to observe how the sales reps and DSMs did their work. After this observation was conducted, every IT lead reported that there was no way the new Sales App would work unless the sales reps changed their way of working.

At this point, the client had to figure out whether its do-over effort would entail (a) changing the behavior of tens of thousands of sales reps and DSMs globally; or (b) redesigning the App. The client wisely took an approach that addressed both.

I am sure you have heard similar stories over and over again:  whether it be CRM or Enterprise Resource Planning (ERP) or Software-as-a-Service (SaaS), user adoption and lack of renewals are huge problems. Businesses spend mind-boggling amounts of money and effort to increase user-adoption after the App or technology is deployed. In many cases, Apps are developed without taking time to observe how users currently do their work and without determining how easily the App can be adopted to users' work-flow.  In many cases, the arrogance of venture-backed technology companies (whose value is based on new subscribers and page-views(COMSCORE)) takes over, and their incentives further dilute customer-retention metrics.

As users, we encountered the same issues with our existing CRMs and the multitude of Social Apps that we subscribe to:

1. We conducted our initial assessment of several CRMs and Social Apps by reading their online information. We followed up with questions which, to my surprise, required a minimum of five days to be answered; in most cases, we received a generic response or redirect to the web pages.

2. I spoke with several CEOs of Social Apps to learn about their gameplans for helping customers like us, and they showed little interest in this issue. This would be surprising if we were some unique, crazy customer and other users were asking something entirely different---but our own customers ask for these same requirements.  It was surprising to learn that CEOs were compelled to meet VC or IPO short-term goals, and that they have lost the agility needed to listen to users and respond accordingly.

3. We then launched a social media outreach to identify a vendor who could meet our requirements for a social CRM (SCRM) with Google+ integration. Below is a five-part Google+ post series discussing how we use social media and other channels in our day-to-day work and what features we need to enable our work.

Our only response was from well-wishers and industry reviewers giving us ideas.  I am shocked to say that during a 21-day social media campaign on Twitter, LinkedIn, Google+ and Facebook, not a single vendor (including the CEOs I talked to) joined the discussion on its own.  When one PAKRA adviser prompted a company on our behalf, a company rep responded but declined to engage; he even sent an email conveying reluctance to address our questions. One PAKRA friend said, "You are too ahead of the curve." Is it true that we "Too ahead?" "Too unique?" As flattering as that woud be, I do not think so!

At the very least, I expected that our stated requirements would help sales teams of existing SCRM providers understand how customers work and use their system. There were no-takers.

If you are an entrepreneur and/or in the business of building Social Apps, the above links are publicly available sales and customer service processes. Go ahead and build us a Social App!  In return, we will be your beta tester and best promoter.

This brings me to my favourite story about building something the customer can use. It is the story of Viking Stoves and its first customer, Patricia King.

In 1986, Patricia King of Waverly Place in New York City was renovating her kitchen and wanted a restaurant-style stove. Her architect said that for her to have a commercial stove, she would lose space to the insulation and ductwork required to fireproof her house. Unwilling to relinquish space, Ms. King decided to scour through brochures, leaflets and flyers until she found one for a company called Viking that claimed to have products that might meet her needs. Fred Carl of Greenwood, Mississippi was very interested in building a "powerful stove" that was "pleasing to the aesthetics of a home." He had named his company Viking, and had distributed a leaflet advertising his stove. What Ms. King did not know was that Viking had not yet built a prototype; the leaflet was all about getting a customer first.  Together, Mr. Carl and Ms. King worked through the process---sometimes patiently and sometimes impatiently---of developing and testing a model that fit the way she worked. The rest is Viking history.

An excerpt appears below: 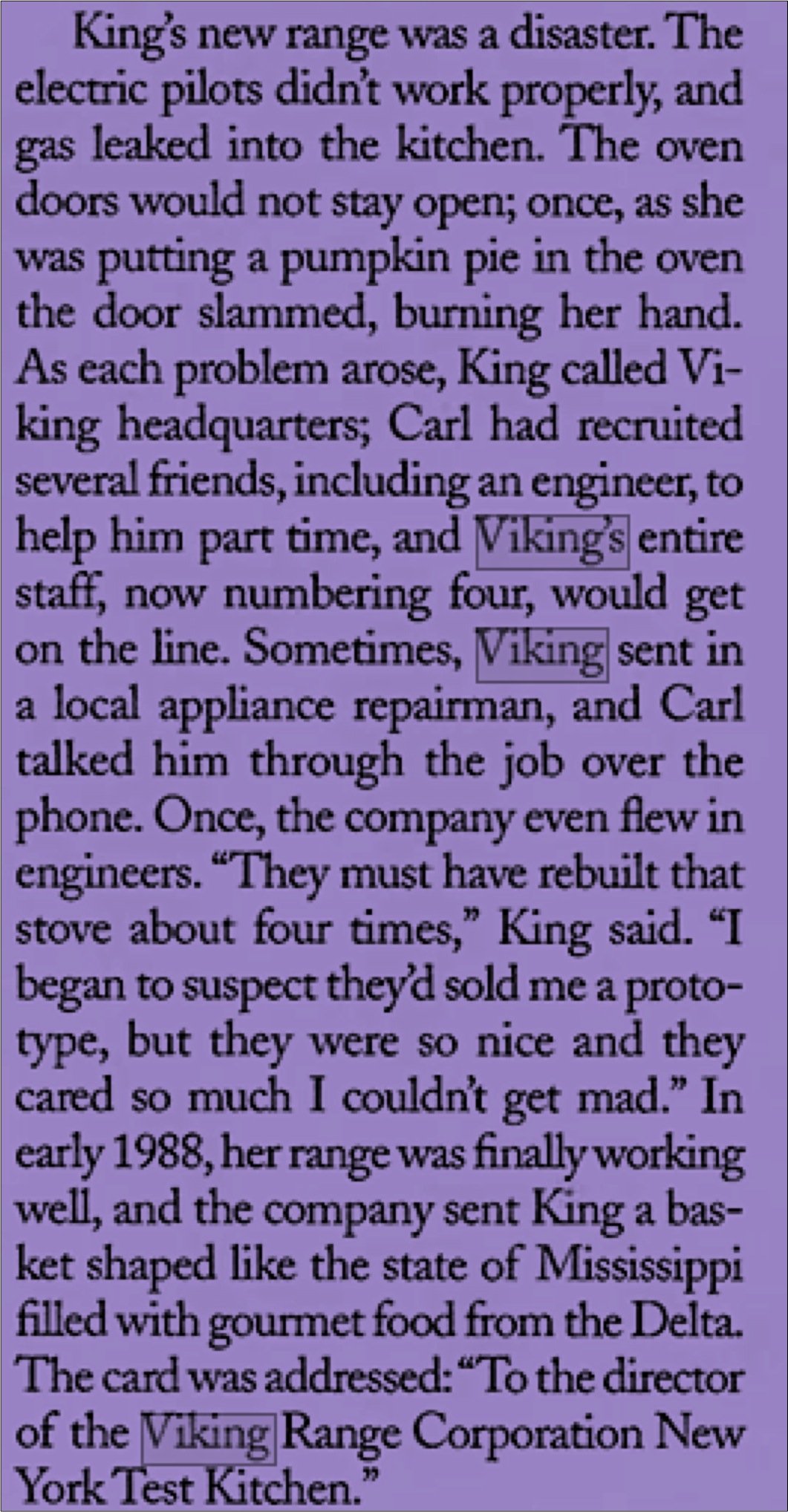 Entrepreneurs: We will be your Patricia King:   Build us the Social CRM that works the way we work.

Occupy Customer Experience: We wish you a fabulous 2012