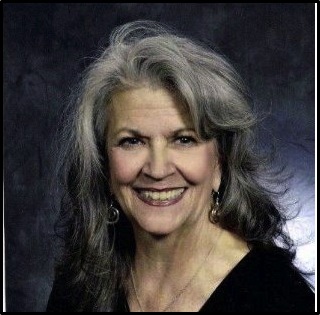 arrived at college, she discovered that she had been assigned to a men’s dorm and to a male gym class. Why was this girl named Sue assigned to these classes? The administrators scheduling students couldn’t imagine that a girl was going to be an engineer! It must be a boy named Sue (with apologies to Johnny Cash).

Her early interest (and aptitude) in math and a father who taught her that she could “do anything I want” provided Susan’s initial foundation for success.

Susan’s intelligence, tenacity, and talent for seeing the big picture helped her leverage this foundation into an amazing career. Susan encountered many challenges as the first (and only) girl in both physics (her eventual major) and engineering (her eventual minor). Susan couldn’t miss a class because as the only girl her absence would be as notable as her presence!  As unfathomable as it may be to contemporary students, Susan couldn’t participate in physics and engineering study groups because they were in the male dorm and women weren’t allowed in “after” hours!  So she went to classes and studied on her own.

Susan’s switch from engineering was a function of her fascination with WHY more than HOW things worked. In physics, as in engineering she was the only woman in the classroom. Her curiosity propelled her to earn a master’s degree in physics where she was, once again, a singular sensation. No other women were her colleagues or teachers.

Being the first and only woman in the room also characterized Susan’s early career. Sometimes this meant that she had higher hoops to jump. She was interviewed all the way up the chain of command, including the Vice President for Engineering and Design for an entry level engineer position. At the time she didn’t realize how unusual this was. Sometimes this meant that Susan was invited to participate in training programs and projects that a male engineer at her level might not have access to. She did this without the benefit of mentors or sponsors. Susan wryly noted that in the all-male engineering environment her manager’s

“didn’t dare sponsor me…it would have been interpreted incorrectly.”

One of Susan’s early projects would alter the course of her career in ways that she couldn’t have anticipated. At Motorola she was selected to be on a cross-functional team that was tasked with “returning Motorola to excellence”. Motorola, like so many American manufacturers, was struggling with quality. Motorola was determined to understand why Japanese manufacturing was vastly outperforming American manufacturing.

Specifically, they wanted to understand why a money-losing Motorola division was transformed, within one year after being purchased by a Japanese firm, into a highly profitable one. Once again Susan’s interest in understanding WHY was driving her down a path.

Susan chuckled as she recalled the team’s key finding:

“people pay attention to what is measured.”

As obvious as this seems now it was not as evident at the time!  Susan’s team took this finding and implemented a measurement system that crossed the entire organization and measured a variety of quality factors including customer satisfaction. Their team shattered the goal, a 10 fold increase in quality in 5 years by two years; achieving this aggressive goal in three years.

The team was rewarded for this accomplishment in two ways. First, they won the Malcolm Baldridge award the very first year it was awarded. Their second reward?  Increase quality by 100 fold in the next five years! This meant that their defect rate could be no more than 3.4 defects per million opportunities.

Sound familiar to anyone? Six Sigma was born at Motorola! Susan admitted that the initial quality level wasn’t quite Six Sigma, but Six Sigma sounded good, it was a name that people could (and did remember)!  "6" collated well with "σ" in the logo aesthetics, as a logo was required to market the program. Also together it had an alliteration lilt to the name. Hence, Six Sigma was born. Achieving this aggressive goal required every aspect of the organization to clearly define their customer, know what the customer wants and how to measure customer satisfaction (and the converse defects) and most importantly WHY defects were occurring (so they could be eliminated).

By this time Susan had become a program manager, the first female one at Motorola. Most of the men around her were waiting for her to fail. Several months into the project Susan realized that they were significantly behind schedule.  Following her time-honored, forthright approach she went in and notified her manager. When he asked her “how this could happen” she continued with the honest, but gutsy response

This brutally frank approach, which did not cast blame on others, endeared her to the management team. They went from waiting for her to fail to rooting for her success!

Susan continued to rise in the engineering ranks. She was on track to become promoted to Vice President when she made another risky decision; deciding to leave Motorola for the world of consulting. She had become enamored by “process work". Then she moved to help TRW Credit Group (which later became Experian) and worked to improve their processes. (She) felt a joy "helping people take control of their work” improving both the organization and their own lives simultaneously. And she had a real knack for seeing the whole systems perspective; both the human and technical side of the equation.

Through consulting Susan was involved in the early popularising of both Lean and Re-engineering methods.  She helped teams redesign, deploy and manage change of processes in both manufacturing and service-based organizations.  Susan loved the continual learning that consulting provided her but she did not love the unrelenting travel that consultants endure. Eventually, when offered a Vice President role at American Express (missing her target date of being a Fortune 100 VP by aged 45 by a few years) Susan took it. This role allowed her to continue exploring her passion for improving organizations through quality initiatives. Susan’s last “big company big job” was SVP Quality & Reengineering at Johnson&Johnson.

Currently Susan is applying those same skills on a much smaller scale. Five years ago Susan and her husband took over a family business that is over 100 years old, a hardware store in Pennsylvania. Wagner Ace Hardware and Building Supply store had been founded by her husband’s grandfather.  While it had survived many decades, by the time that Susan and her husband assumed the helm the ravages of the weak economy and the thin margins enforced by big box competitors had wreaked havoc with the store. She encountered 280,000 SKUs in the store. Susan has been applying her knowledge of systems, quality and people to this operation. She had to streamline the supply-chain to match the demand of customers from rural Pennsylvania, redesign and Lean the flow and the store layout, and increase the size of the bucket of goods sold. She is now optimistic that they have turned it around.

She anticipates that the next generation will be ready to take over soon, allowing her more time to enjoy her grandchildren!