"You lead by hiring people who take pride in figuring it out" says Chandy Ghosh, EVP and CIO of Intrado, a collaborative IT Leader (NotZero) 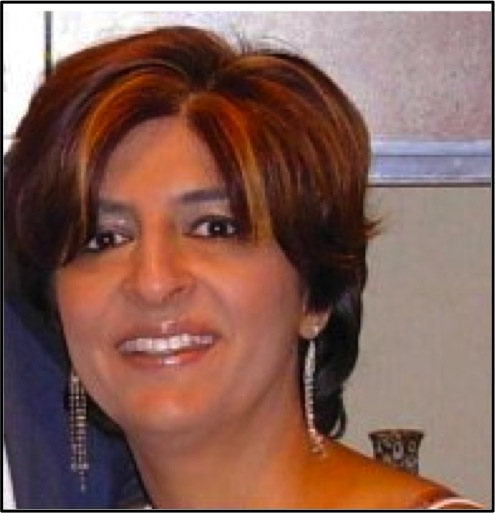 "Know what you can do but more importantly have the resourcefulness and the confidence to know that you can learn what you don’t currently know."

These aren’t just words of advice for Chandy, this is how Chandy lives her life.

What can Chandy do? Well among other things she can:

Chandy’s ability to figure it out reflects both her fierce intelligence and her willingness to work hard. Furthermore she is that rare individual who has strong technical skills as well as exceptionally strong social skills. She clearly understands that change and leadership require appealing to both the rational and emotional side of people.

Additionally, Chandy continually displays not only brains, resourcefulness and confidence but also a willingness to seek to understand and if necessary ask for what she wants/needs. This willingness to ask is, in my opinion, what sets Chandy apart from many women (and men). Consider the following examples.

Example #1: Chandy is a college student in India. She has outstanding technical skills and is interning with a prestigious corporation. She is appalled at the level of sexism she encounters (e.g. “if I want a pretty woman on my team I’ll steal Chandy”).

Chandy asks, “How can I get ahead based upon my skills?”

Her father (and role model) encourages her to go the United States where opportunities for and attitudes towards women are more progressive.  She takes this advice and runs with it.

Example #2: Chandy wants to attend a summer program at UCLA. She applies to the program and is accepted. She lacks the resources to pay for tuition. No problem, says UCLA, you have demonstrated exceptional ability; we will give you a scholarship.

"I don’t have money for room and board," responds Chandy.

No problem replies the university, we will house you with some professors who will provide you with room and board; all you have to do is get here.

"I don’t have airfare," Chandy replies; we will fly you here responds the university.  And so Chandy spends the summer learning at UCLA!

Example #3: Chandy is working at a large global corporation. Her career has been on a steady but not spectacular upward trajectory. She works hard and gets high ratings. However she seems stuck at a director’s level. She wants more.  She asks her VP why she isn’t offered the “next step.” She learns that because she doesn’t attend the Thursday and Friday after work happy hours she isn’t on anyone’s radar screen for advancement. Rather than railing at the injustice of this she, when the time is right for her and her family, goes “all in” by joining a Big 5 consulting firm. This experience provides the opportunity for the exponential growth that Chandy yearns for.

In each of these examples Chandy encounters what could be a roadblock. But Chandy does not give up in despair rather she seeks to understand the situation through analysis and by asking others for what she needs, and then she has the courage to act on that information. This mental toughness makes her a force to be reckoned with.

At this stage in her career Chandy feels an obligation to give back to others. This comes in several forms. Intrado’s mission of saving lives resonates with her desire to give back. Chandy is delighted to be on the leadership team of this purpose driven organization. Additionally Chandy is committed to mentoring young women in technical careers. While she had no strong women mentors she is adamant that mentoring the next generation of women is critically important.

Chandy is just a few months into her tenure at Intrado. However it is no surprise that she has employees clamoring for her mentorship. Inspirational leaders, male or female, are few and far between.  Chandy is one of the few.

Follow us on Google+
Tweet
"To lead as a HR professional, you must play a str...
"Jump into it and then figure it out", says Gita M...

Known Chandy since some time, but not in the details presented in the interview! She is really good at what she does. Congratulations to her.

Known Chandy since some time, but not in the details presented in the interview! She is really good at what she does. Congratulations to her.
Cancel Update Comment

Thanks JP. She is indeed great at execution.